Building a Community for the Future

Check out our latest “In the Crown” stories

In any community service endeavor, each person has their own reasons for wanting to make a difference. Yet one thing is always the same – a sense of personal connection to the cause. That’s also true for individuals who are supporters of the work of   Crown Center for Senior Living. Whether it is the honoring of a loved one, a reminder of Jewish heritage or a commitment to seniors in the larger community, those who are connected to Crown Center are often paying tribute to someone or to something that impacts them at the deepest levels. 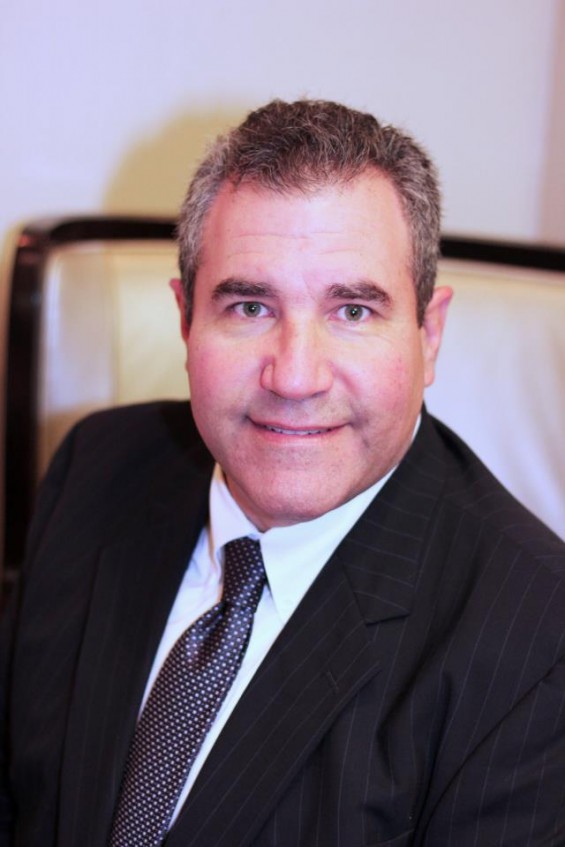 When Creve Coeur resident Shawn Rimerman delivers fresh dinners as part of the Crown’s kosher meal program, he can’t help but think of his family’s deep connection to the organization. His aunt loved the many years she lived at Crown and his wife’s aunt was a resident as well. Now, Shawn does what he can to help Crown fulfill its mission as a community resource, helping older adults who live in the area, and have trouble getting out.

“Delivering meals is my way of paying tribute to important people who have come before me,” he said, “a nutritious meal enables the recipient to maintain their independence and their observance of kashruth”.  The Judaic aspect is vital for Rimerman who is the son of a kosher butcher.

“Whether donating time or money, tzedakah (social justice) is an underpinning of the faith,” said the 55-year-old. “We need to give; it is important to volunteer as much as possible.”

“This isn’t just a ‘here’s your meal, goodbye.’ It’s always ‘How are you doing? Is there anything going on you need help with?’” he said.

Once he even delayed his route just to help a couple catch a wasp in their bathroom. It’s all part of a days’ work. When Rimerman brings hot food, he does it with a warm smile. No extra charge. 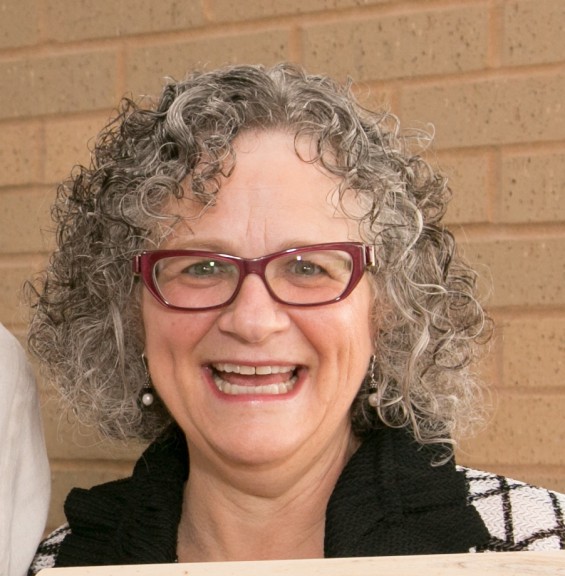 Some give through their leadership. Unlike Rimerman, Sally Altman never had a family connection to Crown Center, but today she sits on its board to pay tribute to her predecessors nonetheless.

“It is an opportunity to honor my parents and those of their generation” said Altman. “It’s a very important Jewish value to honor your parents and in a way, people living at Crown Center represent our communal parents. Just as we’d want to ensure the best environment possible for our own parents, we want to create a place for people to age with dignity, and with all the comforts and intellectual stimulation we can afford them.”

That was particularly true of her parents. Her father, Gene “Speedy” Altman, was a social worker who started his career at Council House and then directed Camp Hawthorne, both Jewish community organizations. He and her mother, Honey, later founded and directed Camp Thunderbird. Altman said she’s pleased to work with older adults now, helping them to remain independent and lead a fuller, happier existence.

“I think it is an extraordinary organization for the community,” she said of Crown. “What attracted me was the diversity of its residents. Then as I became more involved, I was very impressed with the Board’s commitment to maintaining the dignity of the residents, and to improving their lives.”

Altman, who chairs the Resident and Community Services Committee, has had a great part in that work. The Committee has developed a major new project, he Circle@Crown.It is an initiative that aims both to augment  facilities and to broaden the array of programmatic  offerings for residents and community members. One of the goals is to make Crown a magnet for local seniors who don’t live there.

“We have an opportunity to create a model for older adult living,” she said.

Altman said that as life spans lengthen, the need for senior housing solutions has never been greater. What better way to pay tribute to our mandate to “honor your father and mother”? 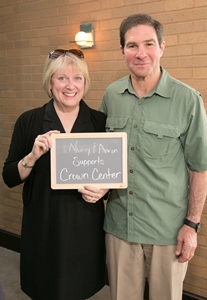 As donors, the families of Aaron Novack and Neal Novack k, supporting Crown Center is about paying tribute to the idea of creating a caring community.

Speaking on behalf of the families, Nancy Novack says “We are impressed with an organization that successfully fulfills its mission, and Crown Center is doing that. ”

Novack states  that Crown Center  is a jewel in the St. Louis community and that current and future residents  should be pleased it is here.

“When you walk in to Crown Center, you immediately notice that it is an aesthetically pleasing environment and then you feel the  sincere warmth of the staff, residents, guests, and volunteers.  If Crown Center didn’t already exist, it would have to be created -because it is important to have this type of place in our community” . Novack notes that her husband Aaron and in-laws Cynthia and Neal Novack back Crown because of its diversity and the role it plays in the lives of so many older adults. Crown Center is more than just a place to live. It is a place people can enjoy –living right in the heart of a bustling, highly walkable neighborhood within a stone’s throw of acquaintances, groceries, pharmacy and shopping.

“It is not always easy for people to adjust to the challenges of aging”, says Novack.  “Ensuring that Crown Center thrives is one way that our family participates in supporting a caring community- a place to help people cope with those challenges.”